During the 1980’s Forbes magazine placed it in the category with top stores in Hong Kong for best buys; and Knight Rider newspapers gave it top marks and recommended it as a “must” in tourist shopping in The Bahamas.  After over 90 years of growth, the John Bull Group of Companies remains committed to excellence in all facets of the organization.  In our relentless pursuit of excellence John Bull strives to exceed the expectations of Clients and Industry Partners as we affirm our position as the shopping Mecca of the Caribbean.

Origin of the Name

John Bull was the name of a character in the British satire, “Law Is a Bottomless Pit”, written in 1712.  John Bull, as represented in our corporate logo, is depicted as a stout Englishman wearing a top hat, waistcoat, knickers and high boots.  At that time, England was known for its famous Woodbine cigarettes and Briar pipes.

The year 1929 was a time of depression when the Stock Market fell and the Bahamas experienced its worst hurricane ever, certainly not a time to start a business. Nevertheless, it was during this time that Sir Asa Pritchard opened an Old English Tobacco House – “John Bull”. John Bull Tobacconist prospered, catering to local residents and tourists until World War II when the Tourism Industry diminished and the armed forces became Nassau’s guests. The Bahamas was proud to have His Royal Highness the Duke of Windsor and His Duchess residing at Government House.

John Bull Ltd. remained a family business with Sir Asa Pritchard at its helm until the early 90’s. Sir Asa’s children matriculated in Canada but soon returned with their families in the latter part of the 1940’s and early 1950’s. Two of his children, Emmet Pritchard, Vice president, Asa H. Pritchard Holdings Ltd. and Macushla Hazlewood, Vice President of John Bull Ltd., who until her passing, were also active members in the business. Their sons, Frederick Hazlewood, President John Bull Ltd. along with Hugh and Robert Pritchard, Treasurer and Secretary (respectively) Asa H. Pritchard Holdings Ltd. also play a significant role in the family’s success story. Sir Asa Pritchard passed away in 1990 at the age of 98. Her Majesty, The Queen knighted him in 1965 for his services to the Bahamian people.

John Bull continued as a tobacco shop but Frank Hazlewood, the late husband of Macushla Hazlewood, soon developed a stationery department.  This stationery department evolved into the foremost Business Centre in The Bahamas. In 1955, watches, toys and gifts were added after an extensive European shopping trip.  It was then that the Rolex Agency was acquired and since then John Bull has been their exclusive representative. Other watches represented in that Division included, Concord, Piaget, Raymond Weil, Gucci, Fendi, Movado, Jean Lassale, Cartier, Yves Saint Laurent and Swatch.  In the early 1960’s jewellery became a very important part of John Bull’s business. During this time the Camera Division was also launched at John Bull.  The division featured photographic equipment by Fuji, Nikon, Minolta, Vivitar, Olympus and Pentax. The toy and tobacco departments were slowly phased out.

JOHN BULL IS ALSO THE OFFICIAL ROLEX RETAILER IN THE BAHAMAS. 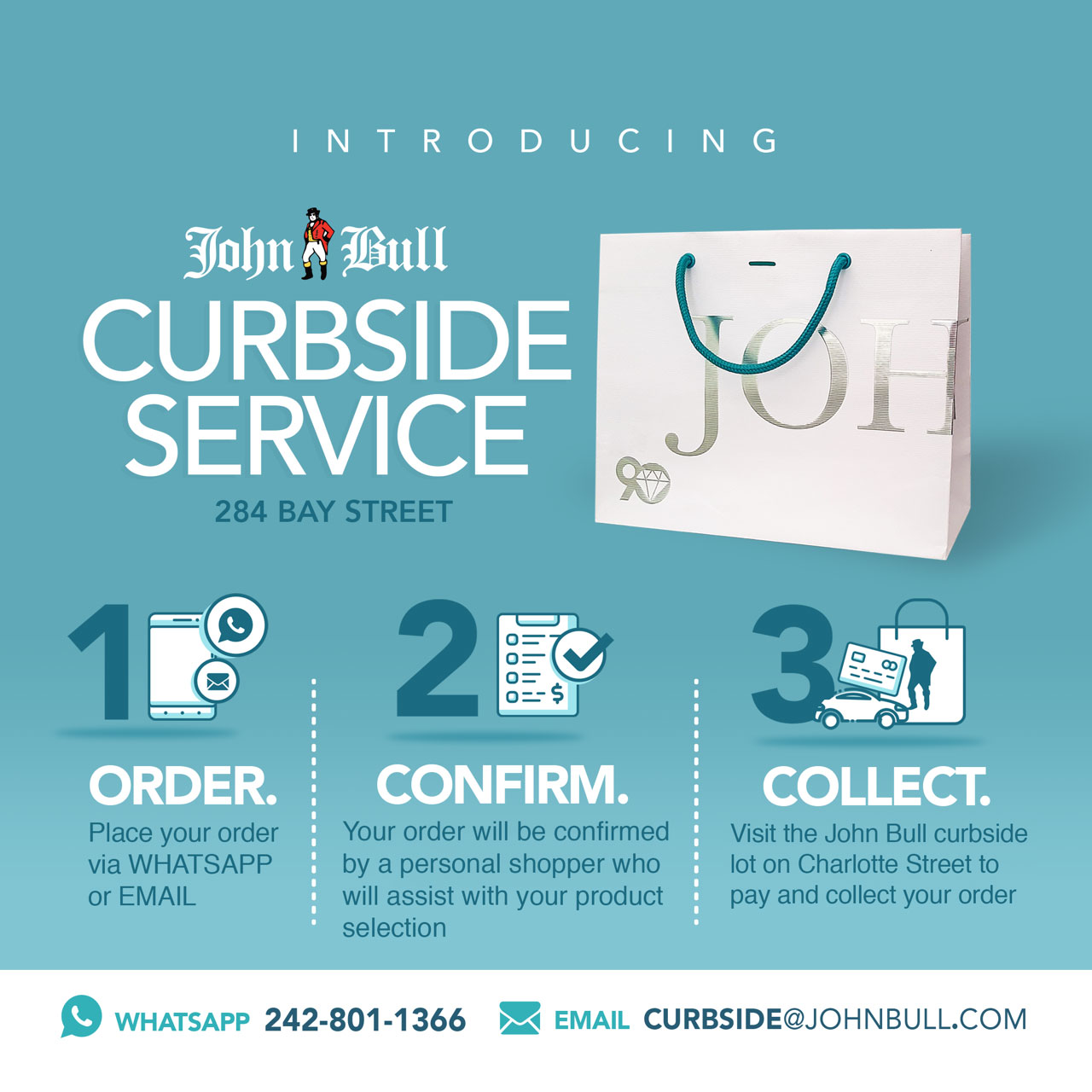